Rum is now one of my favourite topics and no doubt like many others I oversubscribed to the intake of ‘Rum and Black’ back in the ’60s. However, I am very happy to say those little escapades never put me off Rum, as a similar experience with Brandy has, even to this day.

There are many theories on where the name ‘Rum’ originated from. A gentleman Samuel Morewood suggested it derived from the
slang term for ‘the best’, as denoted by ‘having a rum time’
In his writings he wrote “As spirits, extracted from molasses, could not well be ranked under the name whiskey, brandy, or arrack,
it would be called rum, to denote its excellence or superior quality”.

However over time others have said it came from the Romani word Rum meaning strong or potent. Mid 17th century British drinks Rumbullion or Rumfustian of which neither contained Rum in the recipe; or from the Dutch drinking vessels known as ‘rummers’. Whatever the source of origin the name Rum was quite common by the mid 17th century.

So there is a little history on the name.

Now, I am going to sidetrack a minute on the ‘Having a rum time’ inferring a good time, when there are many phrases with Rum in them denoting good or bad. Who said the English language is straightforward?

I have taken the following from ‘A Dictionary of Slang and Unconventional English’, author Eric Partridge.

A RUM DO – Meaning an event that is disreputable or strange. The rum in that phrase has nothing to do with the alcoholic beverage Rum.

These little phrases are unheard of these days, but strangely so, the following phrases were in use at the same time – rum customer – a dangerous fellow rum do (or ‘rum go’) – a strange event, rum phiz – an odd face or countenance, rum gagger – a teller of tall tales, rum touch – an odd or eccentric fellow, oddly enough some of these latter phrases are still in use now. Hmmm – even without a large toddy of Rum I am confused.

Anyway, enough ‘burbling, let’s get back on track.

Rum is the modern day beverage of very early Sugarcane Juice fermentation believed to have originated from India or China.
Brum was a very early drink fermented from Sugarcane juice by the Malay people. Marco Polo wrote about a “very good wine of sugar” in the area that became Iran.

I suppose what really started the serious production and drinking of Rum was the discovery by plantation slaves in the Caribbean, how to ferment Molasses, the byproduct of sugar refining. From the Caribbean, Rum production spread to colonial North America and for a short time it even became a means of trading instead of gold.

In the 1833 Mississippi State Senate elections, Rum was used to gain votes, the candidates would try to influence the outcome by plying the voters and gaining popularity for being the most generous. ( I wonder if that would work for the EU vote ). One candidate socialized and poured drinks for the people, while the other, a Methodist parson, stated he would not be pouring drinks today but the people could have as much as they want if he won the election. – That’s my kind of preacher.

Eventually, the decline of the drink's popularity in North America was caused by the restriction of sugar imports from the British Caribbean and the development of the American Whiskey industry. 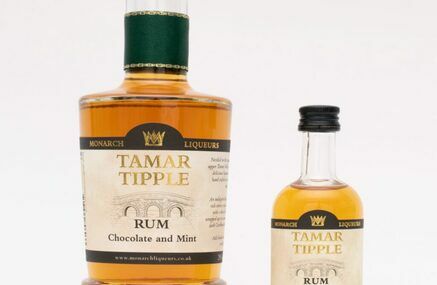 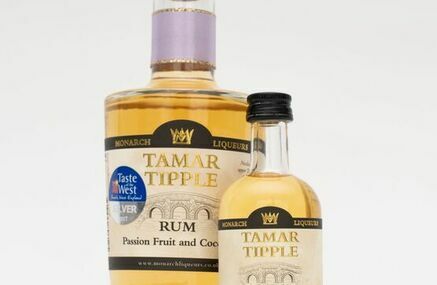 Caribbean Cocktails to Create at HomeTuesday, 11th of May 2021

Bring the Caribbean to Your Garden  - Monarch Liqueurs